Pennsylvania has minor league baseball teams that are located throughout the state.

Visit one of the ballparks for a family sport night out on a family vacation to the state.

Baseball in the minor leagues offers a nice day or night out to support local sports teams.

Ticket prices are often lower than their professional counterparts and the ballparks are located in various cities in all corners of the state.

They are in the Eastern League and are the AA affiliate of the Pittburgh Pirates professional baseball team.

They play their home games at the Blair County Ballpark in Altoona PA. The team was formed in 1998. 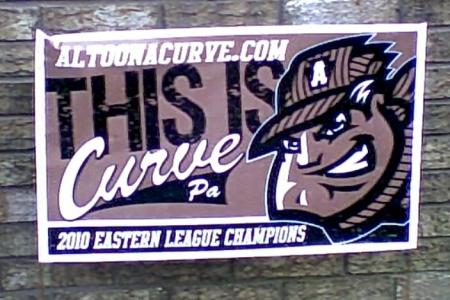 They are the AA affiliate of the Detroit Tigers major league team and are in the Eastern League.

Their home games are at downtown Erie's Jerry Uht Park. They were formed in 1995 as an A level team then in 1999 moved to a AA team.

They are the AA affiliate of the Washington Nationals and play in the Eastern League.

They were formed in 1987 and play home games at Metro Bank Park.

AA affiliate of the Philadelphia Phillies in the Eastern League Eastern Division.

They formed in 1967 and play home games at First Energy Stadium.

They are a class A short season Pittsburgh Pirates affiliate in the New York-Penn League.

They play home games at Medlar Field at Lubrano Park.

AAA affiliate of the New York Yankees. They were created in 1886 and play in the North Division's International League.

Their home games are played at PNC Field.

They are the Class A short season Philadelphia Phillies affiliate in the New York-Penn League of the Pinckney Division.

Located in Williamsport PA, the series is held every August for kids ages 11 and 12. Some games are televised. All star teams from around the world compete for the title.

All states that crown a state winner compete in regional tournaments. The winners advance to the World Series.

Have fun visiting and enjoying the minor league baseball teams games on a fun getaway with the family to Pennsylvania during baseball season!